What do they sniff?

Weight lifters do it, boxers used to do it, cops used to administer it to the fainting ladies and now, even ice hockey players sniff it. So what is it and how does it work? 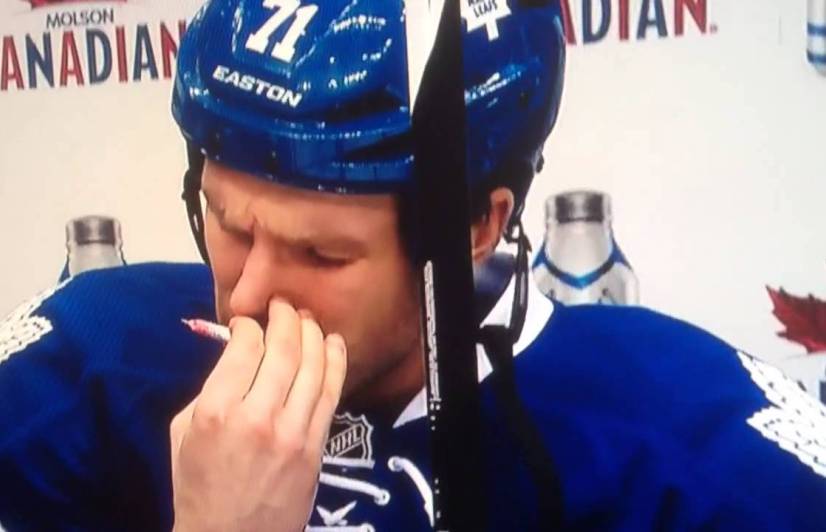 Weight lifters do it, boxers used to do it, cops used to administer it to the fainting ladies and now, even ice hockey players sniff it. So what is it and how does it work?

They are smelling salts. There are many variations, but all exploit one reflex action. Nasal cavity is covered with a dense network of capillaries and nerves. The area covers approximately 150 cm2. A square with a side of 12.2 cm. Well, approximately….

When you inhale you take in a mixture of millions of different elements and compounds. Most of them our body ignores but many make it into the body. Oxygen onto haemoglobin in red blood cells and cocaine into plasma and later into brain. I myself have rather theoretical interest in drugs, but unlike in the movies, the uptake of regular quality cocaine takes up to 5 minutes and sort of a top notch stuff apparently 3 minutes. The faster the kick, the higher concentration of cocaine. The kick may however come in from compound mixed into the coke.

Leaving blood alone, the third way to affect your body and mind is through nervous stimulation. Here, please note, that I don’t mean taking a nail and sticking it up your nose. We are chemists after all. Nerves in nasal cavity can be stimulated with various compounds and ammonia is one of them. Ammonia is a gas which boils at about -60 degrees and makes solutions and salts from which it escapes. Stimulation of nerves in the nose by ammonia causes inhalation reflex, surely you remember what ammonia smells like.

The whole thing is interesting in the fact that ammonia stimulates parasympathetic pathway. And therefore should be soothing. This artificial stimulation causes activation of sympathetic part of the central nervous system as a reaction response and causes “alert state”.

Ammonia escaping from salts causes inhalation reflex and state of alertness through nerve stimulation. So no, there is no side effect, it just might stop working when you do it too often. Otherwise ammonia dissolved in wet nose cavity forms weak ammonium hydroxide and so unless you don’t sniff ammonium hydroxide from the bottle which can burn you cavity of stuff the sniffing salt up your nose, it should be ok.

Marketed salts, usually ammonium carbonate (NH4)2CO3, are mixed with alcohol and perfumes as ammonia is not a pleasantly smelling compound.